WPBT Channel 2 (2HD) and generation ñ are teaming up to bring you the greatest episodes of ¿Que Pasa USA? in a 7 episode ¿Que Pasa USA? Marathon – and generation ñ’s viewers and facebook fans will be programing it and choosing the episodes! On December 6th generation ñ’ (THIS MEANS YOU!) will take over programing on channel 2 WPBT by taking the poll to your right and voting for your faves. We’re kicking off a yearlong celebration of the 30th anniversary of the last episode of ¿Que Pasa USA? , and we’ll be filming Que Pasa Viewing Parties around town, (as Channel 2 starts to air episodes again in honor of this special anniversary) plus Channel 2 and gen ñ will be creating a special website with all kinds of Peña style goodness – and we’ll even be broadcasting live from the studio where Que Pasa was originally filmed!

Below we’ve narrowed it down to 10 episodes – and, according to your votes on the poll, we’ll have the top 7 episodes airing Dec 6th, as we kick off our celebration of ¿Que Pasa USA? at the ground breaking television station where it got it was originally filmed. So go to the poll to your right , pick your Que Pasa Top 7 and click! ¡Vota pa’ que te respeten! 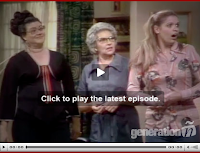 Carmen wants to go to the prom, without a chaperone. Pepe and Juana will not hear of it. Adela complains that chaperoning has become too much for her so the Peña’s decide to higher “Super Chaperone”. Super Chaperone, a lady who runs a chaperoning agency, is known for her fox like skills at detecting hanky-panky among teenagers. But when prom night roles around Super Chaperone has problems of her own.

Worried that Carmen spends too much time studying and ignoring her social life not to mention her lack of desire to marry, her family and friends set out to find her a boyfriend. But, be careful what you wish for, most of the prospects leave a lot to be desired. Meanwhile Joe has problems of his own when he asks a Cuban girl out for a date and her parents start talking marriage.

A local TV reporter goes to Joe’s school to interview kids whose parents are Cuban immigrants. The interview goes bad for Joe when he says that his parents and grandparents complain about how things are in this country (USA). To clear they air the reporter offers the Peña’s a chance to clear things up, live on TV. Just when they thought it couldn’t get worse, it does.

Joe is doing an article for the school newspaper on homosexuality. Things get hairy when Juana finds books on homosexuality in Joe’s room. The whole family jumps to the conclusion that Joe is gay. A family trip is planned when they find out Joe has gone to a Gay club. 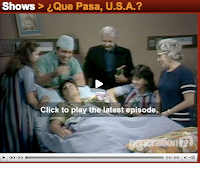 A couple of Adela’s girlfriends come to the Pena house to pay their respects because they read in the paper that Adela has died. Thankfully it was not “our” Adela but another woman with the same name. During the visit one of Adela’s friends feels dizzy so she lays down to rest but dies in her sleep. Later on we get to see what a Cuban wake can be like, gossip, gossip and more gossip not to mention a pickup place for the teenagers.

When Pepe and Antonio crash into Carmen and Adela – in this ode to the classic Mi Tio driving school’s, wackiness and a court date ensue. Pepe: “I had the brainstorm to call Cheito!” 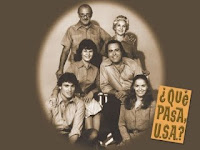 A run of bad luck makes the family think that they have a “hex” on them. While the kids consult a “medium” abuela gets the Priest to visit. It gets really interesting when the Medium and the Priest are over at the same time.

The abuelos (grandparents) are trying to learn how to speak English but Joe have very little patience or faith that they will ever learn. During a nap Joe dreams that he speaks no English and that his grandparents speak perfect English. In his dream Joe gets a visit from his fairly godmother and the devilish Pepe who teach him about the difficulties of learning a new language.