Known for its funny and frank portrayal of an American woman of Mexican descent navigating the tricky waters of Latino television in her own bicultural, bilingual style, series Creator/Writer/Executive Producer Ruth Livier (Resurrection Blvd., Drag Me to Hell, Los Campeones de la Lucha Libre) stars in this groundbreaking, not-so-politically-correct dramedy that bridges reality and fantasy in the style of Ally McBeal and The Larry Sanders Show.

“Growing up between two cultures, and speaking two languages, you end up having a foot in two worlds but not completely belonging to either one,” says Livier, “There’s this weird middle ground, full of identity crisis and struggles. Ylse is the story of being an American, but from a decidedly different point of view.”

Livier’s character hosts a ‘Telemundo’ – style show and idolizes Oprah, even wearing her picture in a locket.  But the series laughs also come courtesy of a comedic cast of characters including a network executive who wants to change Ylse’s name to ‘Maria’ because, “it’s easier to pronounce,”  to uncomfortable run-ins with her Cuban boyfriend’s meddlesome mother.

“It doesn’t matter what language it’s in, this is just a great comedy – it’s HBO-style fare – so we’re excited to be able to bring it to our network,” said generation ñ CEO Bill Teck.

You can watch Ylse HERE 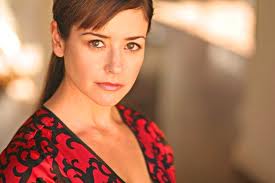 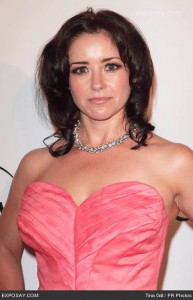 and visit their site for new episodes and all things Ylse Aqui. 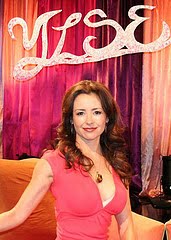 generation ñ is a broadband network that delivers content for users seeking video populated by bilingual, bicultural Latinos. (We also have a big crush on Ruth Livier)