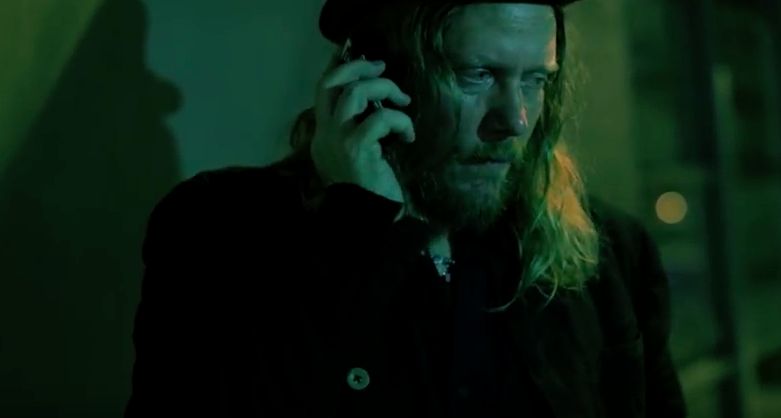 Love this Jim Camacho song and video, , so touching and great. This guy is so talented it isn’t even funny, and this song is so beautiful. And you can spot Fritz Dorigo (Crease), and Alex Ibanez (Price) in there – and our man Ferny Coipel (Humbert) and the Shack! And The Stage! 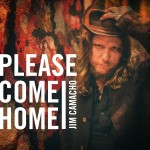 Miami, FL – July 28, 2015 – One of Miami’s premier singer / songwriters Jim Camacho has independently issued a new adult alternative single called “Please Come Home”. An acoustic guitar-driven Americana song co-written by Camacho, Jodi Marr and George Noriega , and co-produced with Fernando Perdomo, the new single reflects a slide towards country music. The production has a timeless feel reminiscent of the Eagles or Bruce Springsteen. The track is now available as a download on iTunes and can be streamed on Spotify.

The song was recorded and co-produced by frequent collaborator and L.A.-based musician / multi-instrumentalist Perdomo at his Reseda Ranch Studios and Capitol Studios during Camacho’s spring 2014 tour of the northwest and west coast. Camacho sings lead vocals and plays acoustic and bass guitar. Perdomo handles electric, slide and acoustic guitar and organ, in addition to handling production duties. Jordan Welch is featured on drums and percussion, John Camacho contributes backing vocals and Sharief Hobley, who’s worked John Legend and Rufus Wainwright, among others, contributes electric guitar parts. The track was mixed by Charles Dye and mastered by Ryan Smith.

The opening lyric “Some call it madness, some call it love,” sets the tone of this romantic song about forgiveness. “Maybe she’ll leave me, it’s what I deserve, or maybe she’ll keep me for better or worse” – these lines demonstrate a simplicity embedded with barroom wisdom and a relatable story. Jim’s vocal delivery is convincing and impassioned. The slide guitar mimics the pedal steel guitars heard in country-flavored music; they serve to provide a soft bed for the other sounds to lie in and widen the song’s appeal.

The video, directed by Juan Davila and produced by Annie Fernandez, stars local chanteuse Samantha D’Giff and features cameo appearances by Fritz Dorigo (Crease), Ferny Coipel (Humbert) and Alex Ibanez (Price) as Jim’s band. Shot at the now-defunct venue The Stage Miami and at Copiel’s Shack North Annex studio, the video is brilliantly edited and deftly tells the story of the song. It can be viewed on Jim’s YouTube page.

Coming off a well-received, sold-out debut at the South Miami-Dade Cultural Arts Center earlier this month, Camacho’s next move is to perform as part of the Mad Cat Theater Company’s production of RAM by Paul and Linda McCartney Friday, July 31 and Saturday August 1, 2015 at the Miami Theater Company. Tickets are available online here: http://bit.ly/MadCatRAM.

Miami native Jim Camacho co-founded and led the standout group The Goods, which was active during the 1990s, worked with legendary producer Tom Dowd, won the prestigious “Album of the Year” Florida Jammy award and topped the Billboard Florida Radio & Record charts with their single “I’m Not Average”. Their high-energy live show, outstanding musicianship and relentless touring led them to sign a recording contract with Polygram Records and be featured in a VH1 documentary. The Goods shared the stage with Pearl Jam, The Smithereens, Cracker and Matthew Sweet, among others.

His solo career has seen him release five collections of songs, including 2005’s Stalker Songs, which earned a Gold Remi award in the Music Video category at the 40th Annual WorldFest-Houston International Film Festival for the song titled “Houdini.” His material garnered “Best Acoustic Performer” (2005) and “Best Album” (2009 for Beachfront Defeat) honors from the Miami New Times. The Broward Palm Beach New Times called Everywhere one of the top albums of 2013.

In addition, Camacho’s music was featured in the Grammy-nominated Tom Dowd & the Language of Music documentary, in National Lampoon’s movie Pledge This, and the documentary Fatboy, which was nominated for “Best Use of Music in a Documentary” accolades at the Sundance Film Festival. His song “I Don’t Need You Anymore” (also from Beachfront Defeat) was featured prominently in the soundtrack for the hit ABC family show Pretty Little Liars. Jim has played at Radio City Music Hall, the Kodak Theater and Mirage Hotel, toured with Alicia Keys and John Legend as guitarist and musical director for the solo artist Zascha Moktan.

As a solo artist, he toured the west coast with folk legend Linda Perhacs and played a string of dates in the U.K. in 2014; Jim also laid down tracks at Capitol Records’ vaunted L.A. recording studio for a series of singles. In 2015, Camacho enjoyed a sell-out homecoming show at the South Miami-Dade Cultural Arts Center.
Camacho has also become prolific at writing musicals and scoring children’s theater productions. His initial foray into the realm began with Fools’ Paradise, which was directed and choreographed by the acclaimed Jonathan Cerullo. The show ran as a full production in Miami and played to sold out workshops in New York. Next, he co-wrote and scored Guru, which premiered in Miami, scored Mickey Herman Saves the $#&@ World, which premiered at the Adrienne Arsht Center, wrote the book and music for The Cavie Islanders and the Troll and The Guru of Gir.

He has collaborated with Sesame Street veteran Noel MacNeal on Who Put the Trick in Trick or Treat: Tales of Amazing Tricksters, Beasts of the Magical World, and The Carnival of Extraordinary Animals – all of which enjoyed runs during the “Boo at the Zoo” at the Bronx Zoo 2012-2014. Another collaboration with MacNeal, Mouse King, has become a new South Florida holiday tradition and will run for a third consecutive year this December. This year, Camacho premiered Digging for Bones, a musical about a group of time-travelling paleontologists and a friendly T-Rex dinosaur skeleton.