The A-Team has arrived! 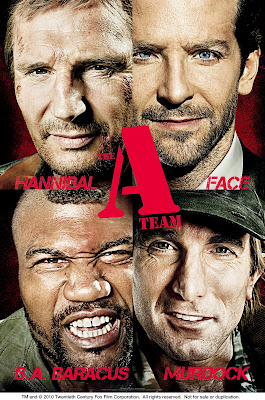 For Miami Fans Only – Enter to win passes that admits-2 ROEs (run-of-engagements). These ROEs are tickets that will admit two people to see the film Monday through Thursday, beginning June 14, excluding holidays. Please send us your full contact (mailing address) information to contest@generation-n.com and the 5 (five) winners will be chosen on Friday, June 18th. Gracias!

soldiers who were set up for a crime they did not commit. Going “rogue,” they utilize their

unique talents to try and clear their names and find the true culprit. Liam Neeson (“Taken”),

and “District 9” sensation Sharlto Copley, are “The A-Team.

Liam Neeson, whose many credits include the Oscar®-winning Schindler’s List and the

proficient soldiers; Bradley Cooper, who shot to movie superstardom in the smash

comedy The Hangover, is Templeton “Face”Peck, who can procure anything for

the Team’s unorthodox and daring missions; Quinton“Rampage” Jackson, a

is B.A. Baracus, the Team’s driver and muscle; and Sharlto Copley, who

starred in the hit District9, is H.M “Howlin’ Mad” Murdock, a gifted

a former love interest of Face’s, but who is now relentlessly pursuing the Team

for a crime not of their doing. Patrick Wilson (Watchmen) is a mysterious CIA

operative, Lynch, who is a key player in the Team’s most explosive mission.

The A-Team has arrived!

the First Dama – and the Don – and a festival pa’ la gente!