Soneca Seminar in Miami on Sat 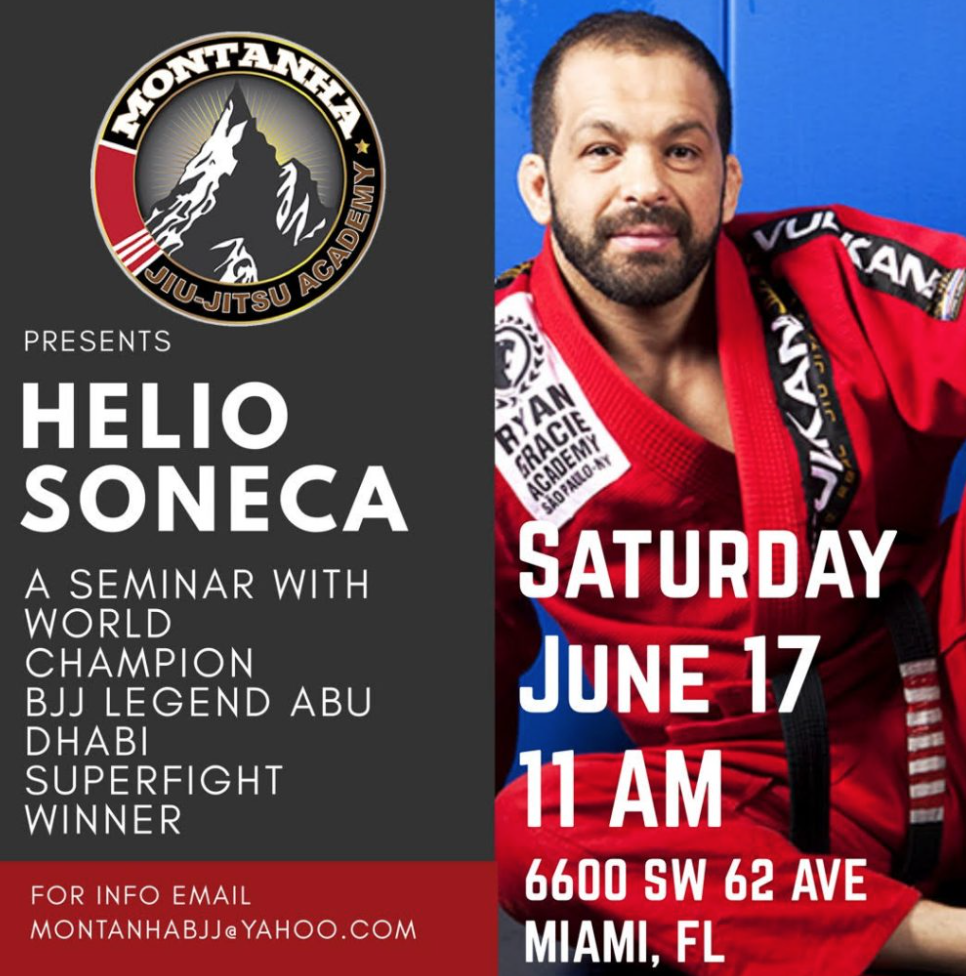 To all our Brazilian Jiujitsu practicing friends & readers – badass seminar by World Champion BJJ legend and Abu Dhabi winner Helio Soneca this weekend at Montanha Jiujitsu Academy this Saturday June 17 at 11am.

Helio Moreira, commonly known as “Soneca”, regarded by many as a Brazilian Jiu Jitsu legend. A black belt under Carlos Gracie Junior, Helio “Soneca” became one of BJJ’s top competitors in the late 1990’s decade, having also followed a career in mixed martial arts (MMA). Moreira was one of the first black belts produced by the Gracie Barra academy, having later become a well respected instructor in jiu jitsu and MMA.

JOIN HIM AS HE GIVES A SEMINAR ON

OPEN TO THE PUBLIC!

Soneca Seminar in Miami on Sat

LOURDES DIAZ GETS IT DONE AT UNIVISION