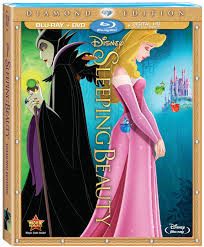 Finally releasing from the Disney Vault, Disney’s ultimate princess fairytale classic “Sleeping Beauty” will be available for the first time on Diamond Edition Blu-ray, Digital HD and Disney Movies Anywhere on October 7, 2014. Experience all of the pageantry and power of this wondrous tale on Blu-ray – and for the first time on Digital HD – with incredible high definition picture, thrilling, soaring sound, and all-new Diamond Edition special features that make this a must-own for every family’s classic collection!

Chiquinquira Delgado chatted with a group in a private screening in Miami about the Disney release of this all time classic. 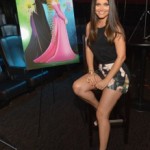 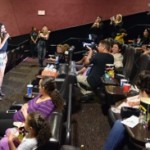 Additional all-new bonus features include never-before-seen deleted scenes “The Fair” (with Deleted Character The Vulture,) “The Curse is Fulfilled” and “Arrival Of Maleficent,” plus the Beauty-Oke sing-along to “Once Upon A Dream.” The Blu-ray Superset also includes classic DVD bonus features and more!
(more)

“Sleeping Beauty” tells the wondrous tale of a princess cursed by an evil fairy, protected by three loving fairies and, ultimately, saved by “true love’s kiss.” Featuring the voice talents of renowned opera singer Mary Costa as Sleeping Beauty and Disney stalwart Eleanor Audley as the evil fairy, Maleficent, the film’s vibrant visuals were created by a team that included Milt Kahl and Ollie Johnston, two of Disney’s legendary Nine Old Men and an Academy Award®-nominated score, 1959, adapted from the incandescent music of Peter Tchaikovsky. “Sleeping Beauty” is the sixteenth animated feature in the Disney animated features canon and was the last animated feature produced by Walt Disney to be based upon a fairy tale. It is the tenth film released as part of Disney’s prestigious Blu-ray Diamond Collection.

Mel has a #verybadday with Ed Oxenbould and Miguel Arteta