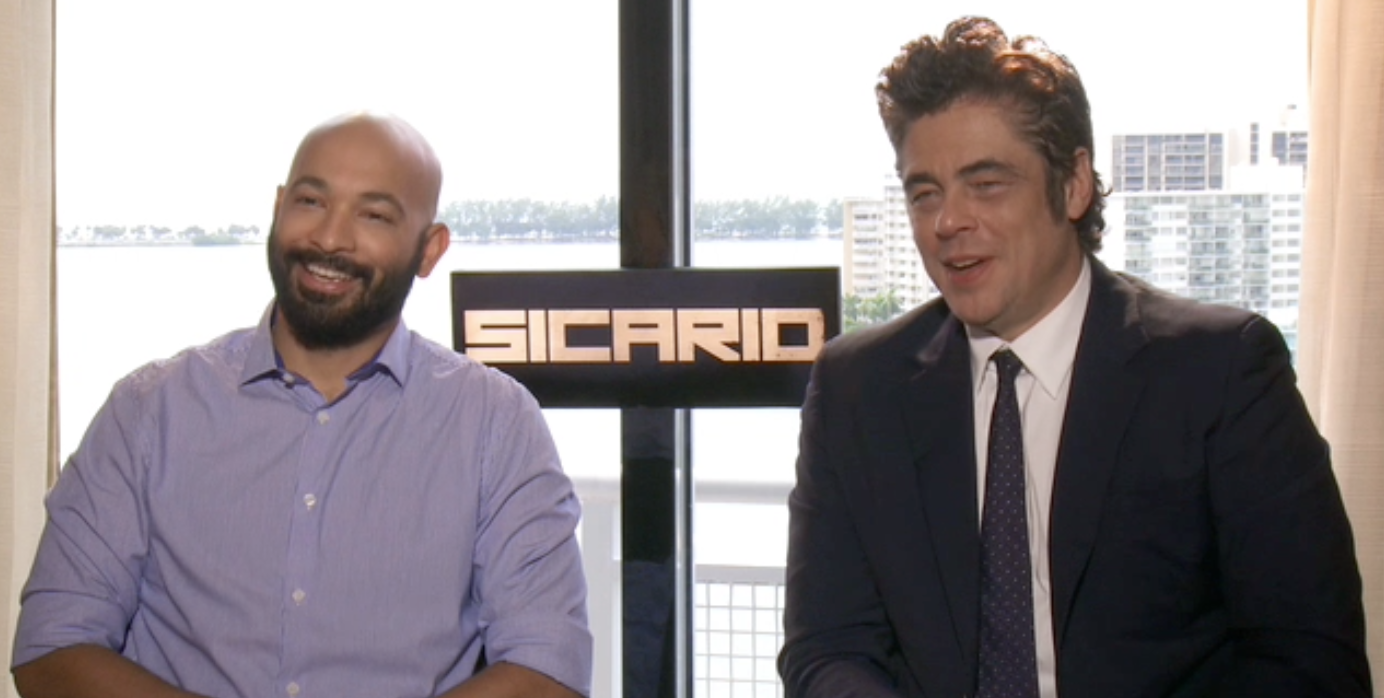 In one of this years most anticipated film, Emily Blunt and Award Winning actor Benicio Del Toro put on an amazing performance.

Btw: guess what Benicio and Maximiliano like to eat when they arrive in Miami. Check out the interview or leave a comment and guess.
After rising through the ranks of her male-dominated profession, idealistic FBI agent Kate Macer (Emily Blunt) receives a top assignment. Recruited by mysterious government official Matt Graver (Josh Brolin), Kate joins a task force for the escalating war against drugs. Led by the intense and shadowy Alejandro (Benicio Del Toro), the team travels back-and-forth across the U.S.-Mexican border, using one cartel boss (Bernardo Saracino) to flush out a bigger one (Julio Cesar Cedillo).