On Her Shoulders: Ñ Review 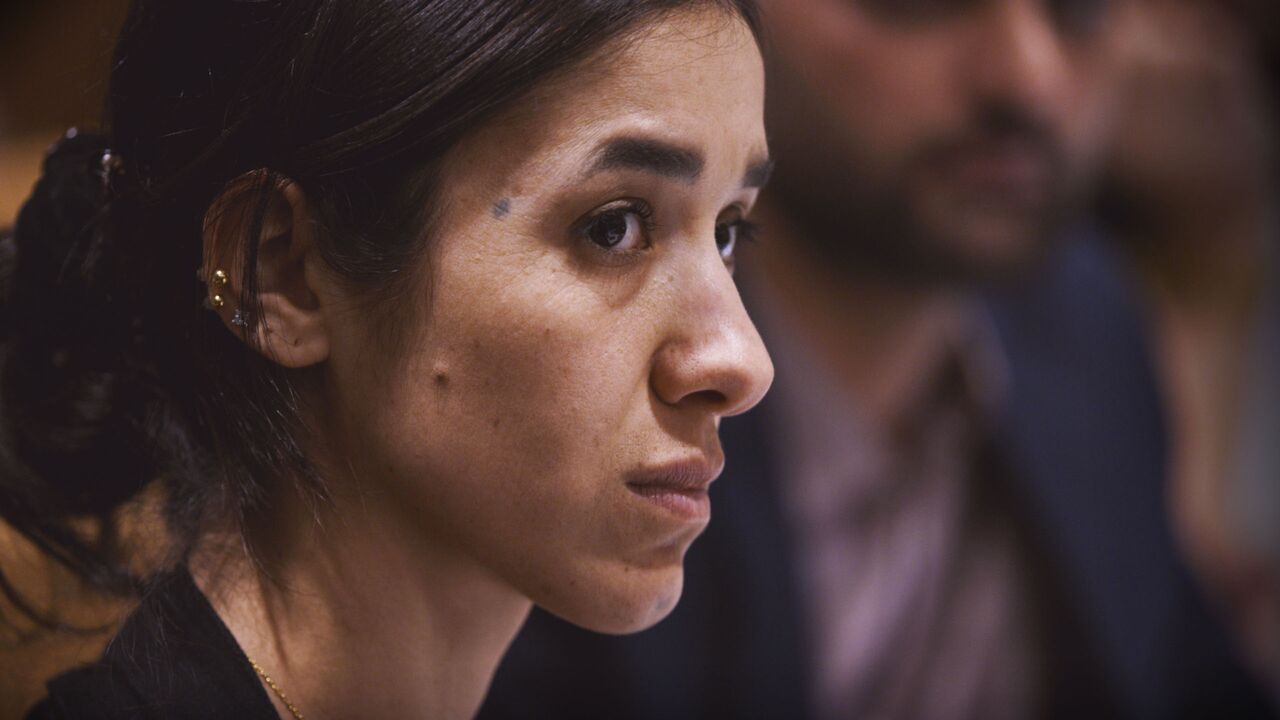 ñ review: On Her Shoulders

Winner of the U.S. Documentary Best Director award at The Sundance Film Festival last week, On Her Shoulders is one of those rare pieces of art that gives you chills within the first five minutes. Capturing a story full of defiance, perseverance, and strength, it’s the story of former ISIS Sex Slave’s Nadia Murad’s resilience and determination to help change the lives and illuminate the plight the Yazidi people for the better. But it’s also the story of the toll a public life crusading, even for a good and just cause, can take on a person, in this case – Ms. Murad. Director and editor Alexandria Bombach was able to capture moments where Nadia’s inner essence, and the positive and negative consequences of what’s become her life’s mission, are highlighted from the very beginning. I thought it was very interesting to have the documentary start off with Nadia being surrounded by people longing for a picture with her. She’s not your usual “famous”.

In the last three years ISIL began killing and capturing thousands of members of the religious minority group the Yazidi and Ms. Murad not only endured that but escaped from her fate as an ISIS sex slave and began taking her message to the streets and to anyone who’ll listen. Highlighting the discipline, work ethic, and faith necessary to fulfill Nadia’s dreams of being heard, Bombach shows the struggle behind the battle to be heard and that makes the film and Ms. Murad’s struggle, resonate that much more. Usually, an audience is only able to grasp activists and public figures within their success – and the detriment to personal life and the necessary steps are never seen. However, in this case, the process and work that she and others put forth is at the forefront. The relationship between Nadia and her mentor, also named Murad, was one of my favorite aspects of the film. Both Murad and Nadia have sacrificed the opportunity for other things of their own to fight for justice and serve as a voice for the Yazidi community. This act of selflessness and its impact are at the heart of On Her Shoulders complicated and moving tableaux.

I loved the structure of the film. Which takes you on a journey with Nadia, but not the way you think it would. Discipline, work ethic, and faith help fulfill her goal of being heard but Bombach takes the time to show the struggle behind the stand-and one of the most moving aspects of the film emerges, the relationship between Nadia and Murad – each inspiring each other.

We’re shown Nadia Murad as an activist in the House of Commons in Ottawa and the United Nations headquarters in New York, and what Nadia has witnessed, motivating her even further to try to give her people the least they deserve: asylum and hope.
The personal price of this kind of committed activism, the obligation to act, the call to action, and Nadia Murad’s role as a leader – it’s all balanced brilliantly by Bombach, who justly earned her Best Director nod. Diving into the politics of the personal – and vice versa, Bombach’s made a wonderfully moving film that’s got plenty on it’s mind. On Her Shoulders is not only a terribly important film but One of the Best Films of The Year.

On Her Shoulders: Ñ Review