Say Hello to Jaime Reyes everyone

I’ve taken to watching The Brave & The Bold on the Cartoon Network with my son – B&B which teams Batman with obscure heros and vs. obscure vilans – one of the best shows on TV, especially for real comic book fans. It’s a blast of the past featuring Old School Green Arrow, Red Tornado, and Wildcat – it’s sort of the first show made by and for real comic book fanatics. Vilans include Red Hood and Gorilla Grodd and Clock King – we’re way in Inside Baseball territory here fans, and it’s nirvana for Comic Heads. Anyway, one of the cool things they did is bring DC’s spiderman knock-off, the Blue Beatle – into the new century and I’d forgoten he’s Mexican-American teen Jaime Reyes. Very cool! Dale Jamie! 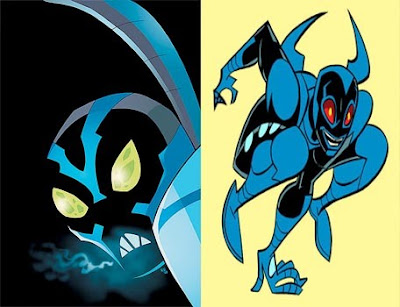 Say Hello to Jaime Reyes everyone

You WISH you could be this cool!