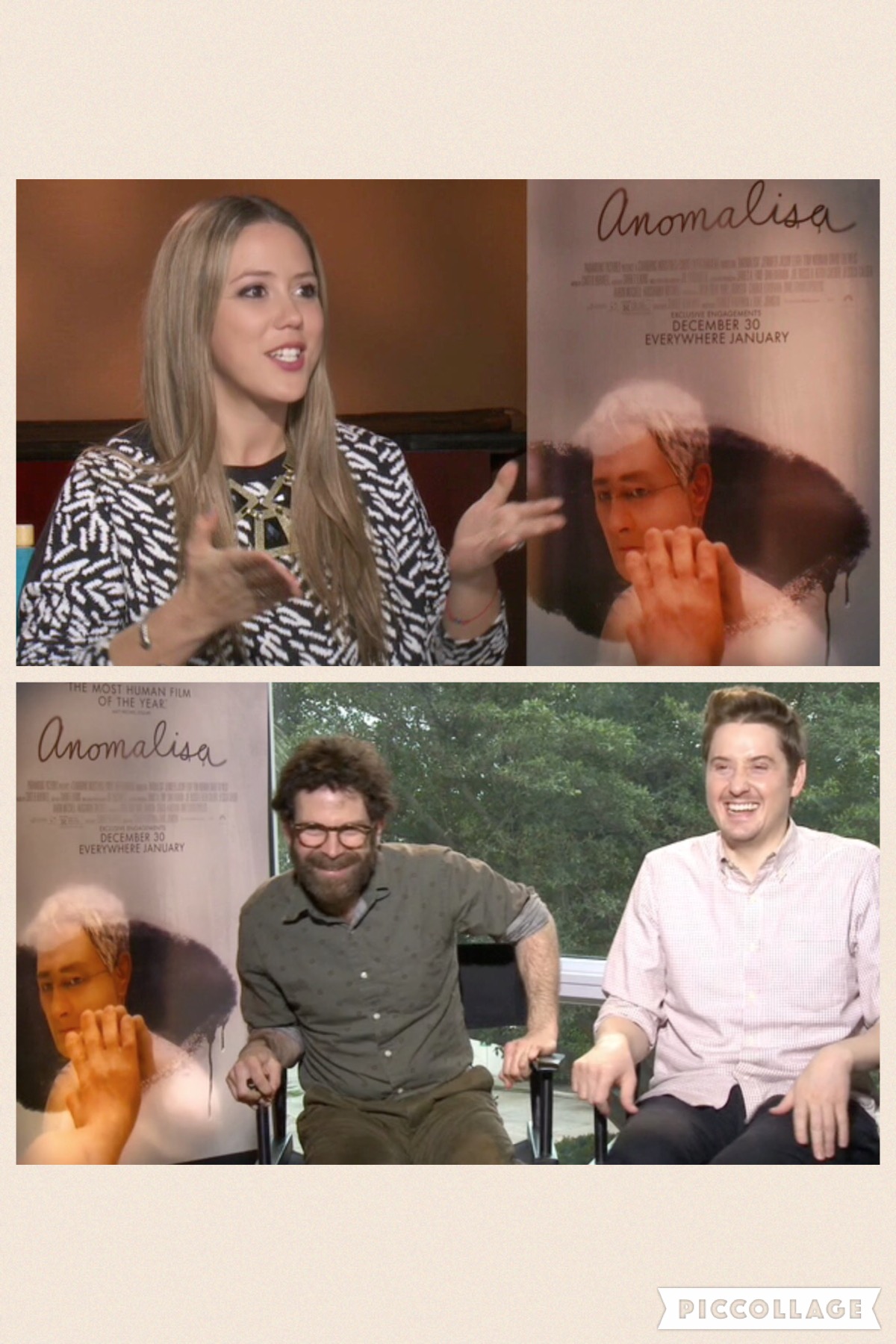 Oscar nominated directors Charlie Kaufman and Duke Johnson chat with Meli Mel about their film, Anomalisa. The film took over three years to make and lots of passion. They talk about their Kickstarter campaign, (it’s Kickstart-er Meli), Cindy Lauper, My Heart Will Go On, and more – they’re just amazing guys. This film has a 91% on rotten tomatoes and there’s a reason for that – it’s One of the best films of the year… and it’s all stop motion. This film will leave you breathless. It’s powerful and it’s beautiful.

Michael Stone, An inspirational speaker (David Thewlis) becomes reinvigorated after meeting a lively woman (Jennifer Jason Leigh) who shakes up his mundane existence. This is one you won’t forget.