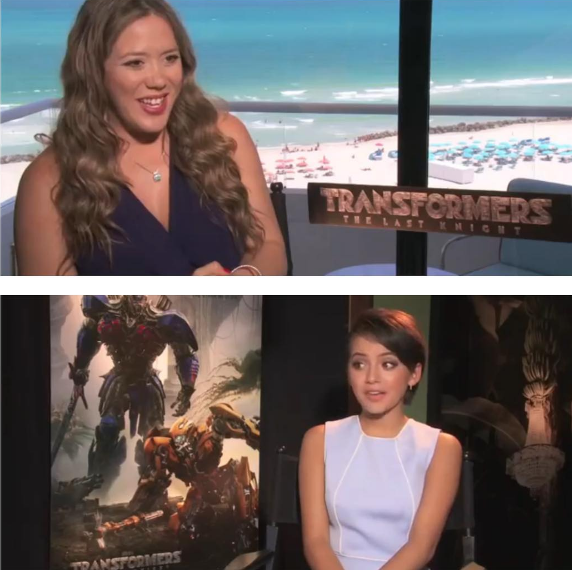 Mark Wahlberg has daughters of his own so when it came time to being on set with the young talented actress Isabella Moner he was sure to keep an eye on her.

Meli Mel chats with Isabela Moner about her experience in the world of Transformers. This young actress is ready to now take hollywood after never thinking Hollywood was a possibility. Check out Mels interview about Isabelas experience on and off set.
Humans are at war with the Transformers, and Optimus Prime is gone. The key to saving the future lies buried in the secrets of the past and the hidden history of Transformers on Earth. Now, it’s up to the unlikely alliance of inventor Cade Yeager, Bumblebee, an English lord and an Oxford professor to save the world.

LOURDES DIAZ GETS IT DONE AT UNIVISION