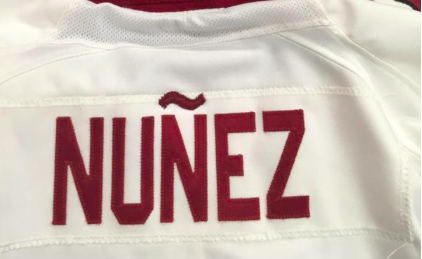 All of us, not only here at Generation ñ but latinos all over the world know that there is a huge difference between “n” and “ñ”! Freshman Quarterback, Lorenzo Nuñez knows it too. He has asked for the ñ to be added on the back of his gamely jersey because “That’s how his family spells it.” Go Nuñez!

Read More from “The State” HERE

Lorenzo Nunez's jerseys will have an ñ from now on. That's how his family spells it. Nice hustle by @RyanFischerSC. pic.twitter.com/SSw8h2YTbm