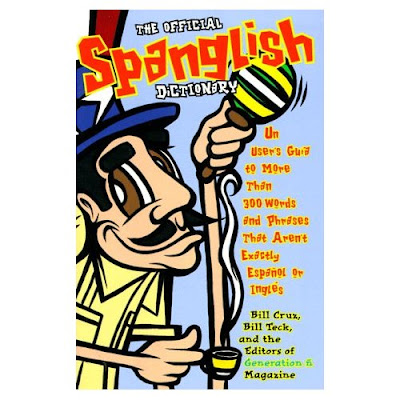 Just a note givin’ props to Bill Cruz who used to write the CubanAmericanisms column in gen ñ magazine and co-wrote the Spanglish Dictionary with myself and the generation ñ staff. Much love to you Bill, usually I throw him chunks of credit, like on Maria Elvira last summer and sometimes I don’t have the opp – but his main thing has always been he’s a great and inspired (and inspiring!) musician and a good friend. And one of the secrets to our Spanglish-style success.

His CD spirit parade is wonderful/unexpected and you can get it at iTunes, and (Three Shades we’re all clamoring for on iTunes as well) when Joe Cardona and Mario De Varona needed theme music for Barrios they chose an instrumental passage from Solid Ground, a song from Three Shades, his first CD, released in ’97 if memory serves. Bill was cool enough to let me use the song in ‘el florida’ (now re-titled ‘Cuba on my Back‘) as well – the first film we’ll be releasing through the downloads store in September – he has a couple of other tunes in the film as well and if you like good music, i urge you to check him out. His site, linked below, is divided into the scores he does for all kinds of clients from Pepsi to Burger King to Sony and his gorgeous and groove-filled personal music and CDs. www.billcruzmusic.com