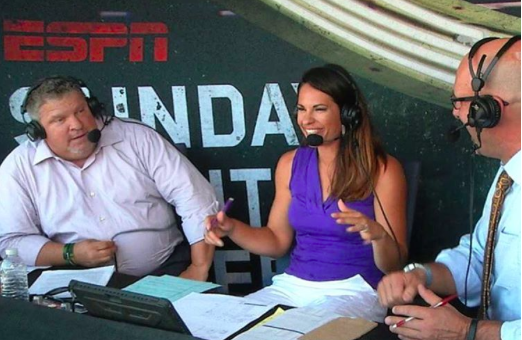 Jessica Mendoza is a boss. Despite criticisms about her being a ‘Woman Announcer” she still dominates.
“Jessica Mendoza is a former all-American softball star and an ascendant voice among ESPN’s stable of major-league baseball announcers. On Tuesday night, she earned another distinction when she became the first woman to call a nationally televised playoff game. But as much as the history-making moment excited many fans, it also revealed how stubbornly sexism persists in male-dominated sports.” Read More HERE

Not only did she turn out to be a great announcer and gain a number of new fans, she also handles all of the criticisms with grace:

El Santo Returns To The Big Screen With New Features!!!!