Happy 20th From Dusk Till Dawn! 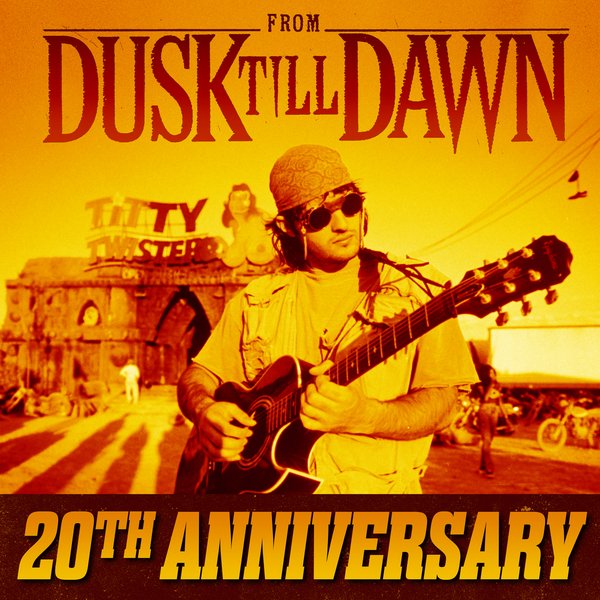 It helped if you knew who Tom Savini was, that was one of the savage movie going pleasures of From Dusk Till Dawn. You had Robert Rodriguez, a personal hero , a maverick, a guy who changed the way films were made. You had Quentin Tarantino, the guy who re-invented the whole game – we go see his movies opening night ALWAYS, in the 90s, and now. These guys were movie fans like us – and they’d made good (made great actually) – and we knew the two of them were pals, and it was pretty sweet every time they’d collaborate. Tarantino telling a joke in Desperado, Rodriguez nailing Four Rooms with the economy and grace of a silent filmmaker. But the Friday night that FDTD opened was the big Marvel Team-Up, and we held tickets to ride.

When the lights went down and you saw Tom Savini in the cast , you got a little jolt, – and if you were like me, or like the filmmakers (and that made us fans feel even more sure we were watching something made by ‘one of us’) , you knew Savini from the pages of Fangoria, the Horror film mag we all read in the 80s – he was the stud special effects guy of our generation – you knew him from Knightriders, George A. Romero’s gorgeous emotional epic about King Arthur, retold through a Motorcycle riding Renfair, (the same summer as Excalibur too… I love you 1981). You saw Tom Savini and you knew this was gonna be extra cool.

Danny Trejo at the bar, and Fred ‘The Hammer’ Williamson, and … holy wow – Salma Hayek – doing that snake dance – the amazing Juliette Lewis (who’s Instagram account is the highlight of any sane persons day, and who’s music performances are as wild and exhilarating as music gets) – Harvey Keitel, Michael Parks, Tarantino himself, George Clooney, all turned in wonderful performances. Park’s performances , here and and elsewhere, make him a hero, but his last word in Sarah Kelly’s great full length documentary about the making of FDTD, Full Tilt Boogie, make him a personal hero for anyone who’s tried to make a film independently, he’s just a truth telling stud. FDTD’s pleasures are too many to list, but it would prove to be the gift that keeps giving, with sequels including the brilliant From Dusk Till Dawn: The Hangman’s Daughter, (full disclosure, i’ve gotten to know the talented writer of that great flick), the wonderful ElRey Network television show, and all manner of both actual stuff and off-the-cuff lore.

That Friday that the film opened my friends and i rolled in 8 deep in total – with our first serious girlfriends, that we were living with, with our first real apartments, our first taste of dinners out after a movie (hello, T.G.I.Fridays), our first taste of 20 something Central Perk adultness. We didn’t wanna know too much prior, (i don’t think the word spoiler was used at that time) so when Cheech Marin beckoned folks into the Titty Twister, (what outlaw could resist what he promised?) and when it went from heist film to vampire madness, it provided one of the wildest times my friends and i, to this day, have ever had at the movies. We were sort of adults, but some good people were still making movies for people like us.
So a big film fan ‘Thank You!’ to those involved – and a very Happy Birthday 20th Anniversary to From Dusk Till Dawn!
-bill teck

Happy 20th From Dusk Till Dawn!