Guardians of the Galaxy with Dave Bautista 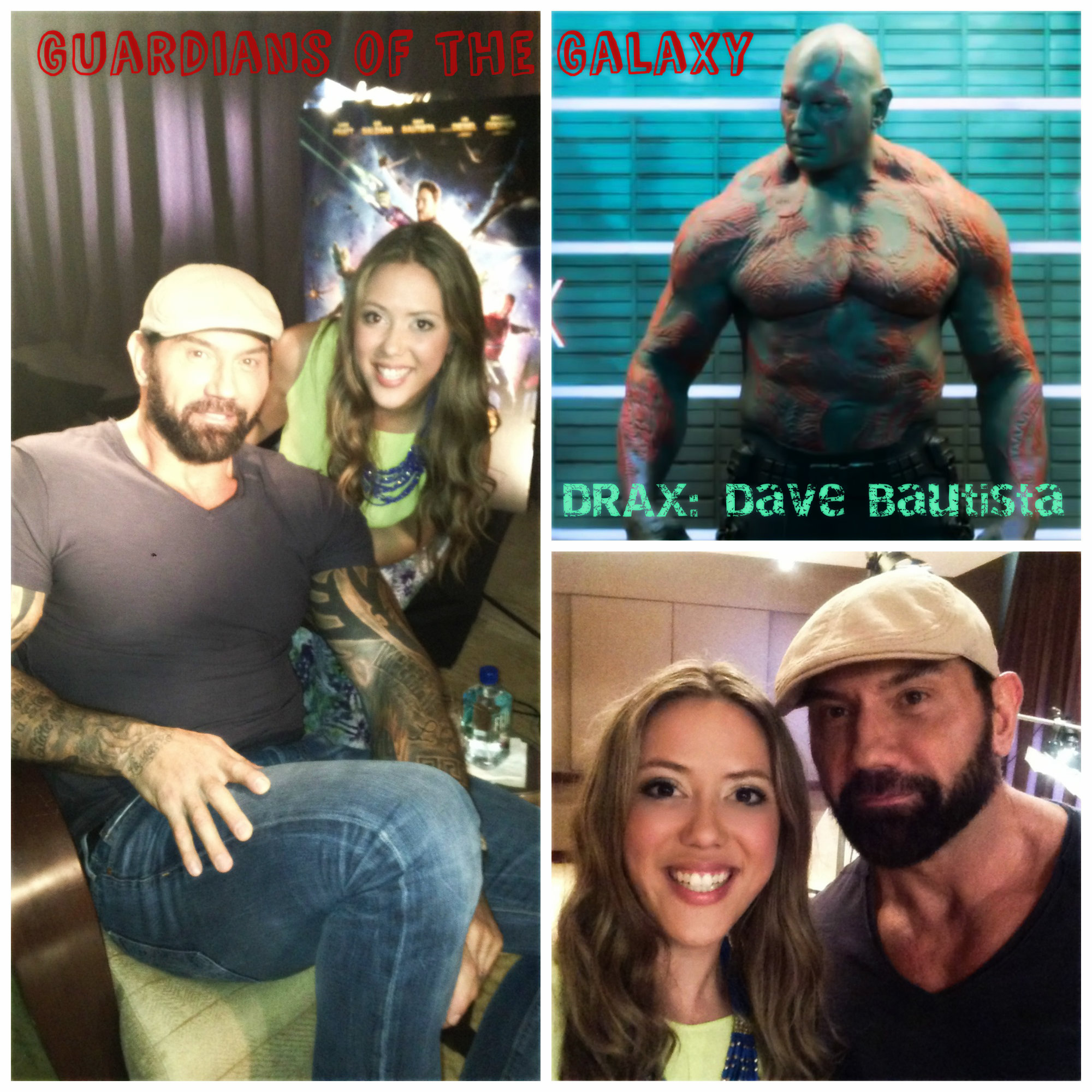 Meli Mel chats with one of the coolest Guardians of the Galaxy… DRAX The Destroyer!

Dave Bautista chats with Mel about his pivotal role as Drax. We adore this Marvel flick, our fave Superhero movie since… maybe ever! This is as inventive and spectacular as movies get. Kudos to Director James Gunn, Marvel and the amazing Cast.
Though the synopsis reads, “In the far reaches of space, Peter Quill finds himself the object of a manhunt after stealing an orb coveted by the villainous Ronan” that doesn’t begin to do justice to this mindbender of a great film. And of course, big wrestling fan Meli also has WWE questions for Dave! Make Mine Meli!

Guardians of the Galaxy with Dave Bautista

Step Up All In with Ryan Guzman