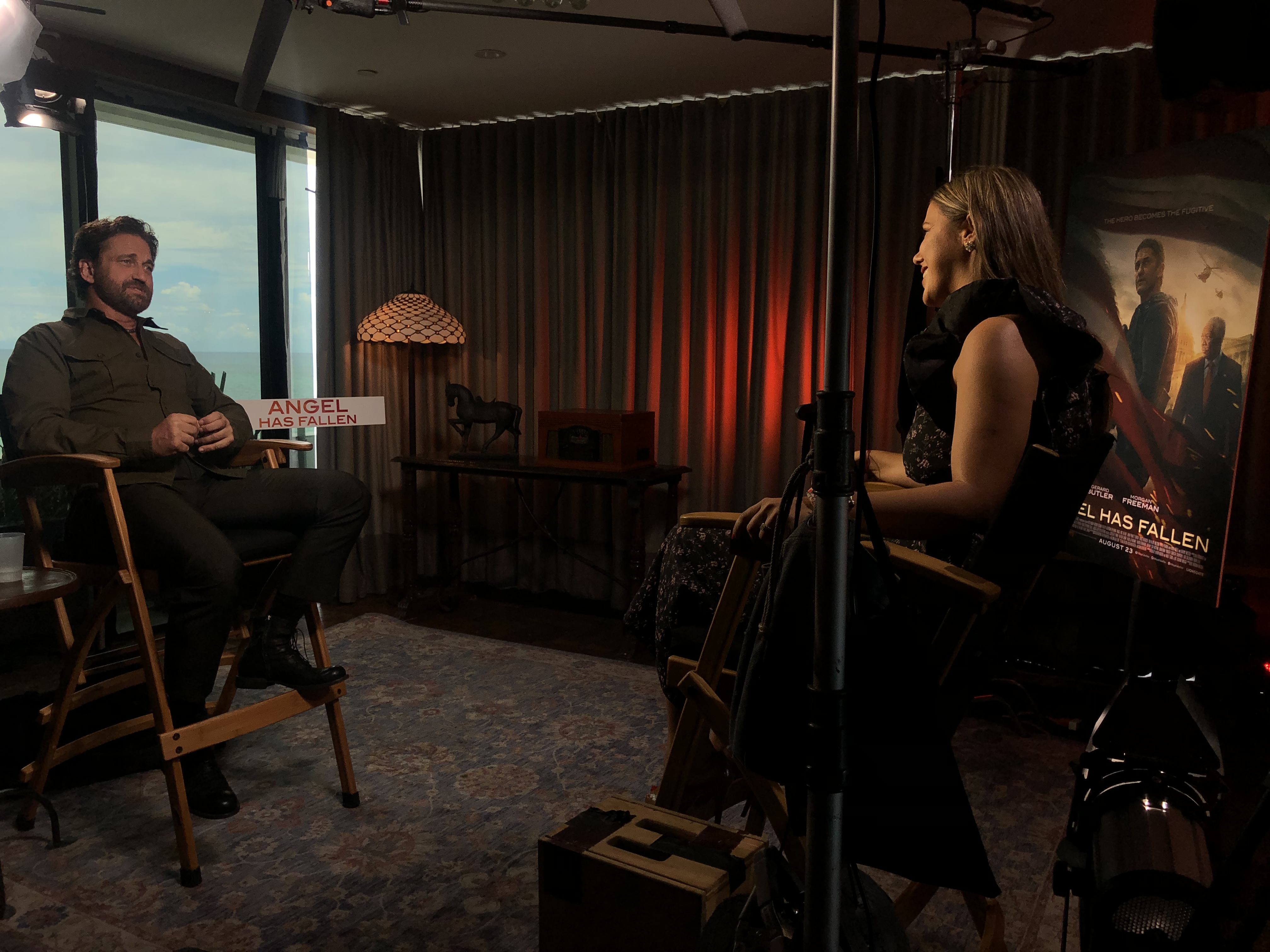 Meli Mel sits and chats with the charming Gerard Butler for his new movie, Angel has fallen. Gerard took the mike Banning character into uncharted territory opening the road for more “Fallen” films. Meli Mel chatted about how filming this movie started in some very cold and difficult weather. The film has a little bit of everything. You will laugh, cry and definitely leave the theater exhausted from sitting at the edge of your seat.
Authorities take Secret Service agent Mike Banning into custody for the failed assassination attempt of U.S. President Allan Trumbull. After escaping from his captors, Banning must evade the FBI and his own agency to find the real threat to the president. Desperate to uncover the truth, he soon turns to unlikely allies to help clear his name and save the country from imminent danger.