This Tuesday , Gloria Estefan’s Pharrell produced new album comes out – on iTunes and everywhere – and Target has an exclusive edition of it with special content – details below. Best Part? Titles like Wepa, and of course – how can we not love that title?!

Target Corporation (NYSE: TGT) today announced it is partnering with seven-time GRAMMY® Award-winning artist Gloria Estefan for the exclusive deluxe edition of “Miss Little Havana,” her 24th album and first English-language release since 2003. As part of this partnership, Target is the only retailer in the U.S. to carry the physical album. In addition, the album sold at Target includes four bonus songs and exclusive access to downloadable content. The album, released through Verve Forecast, will be available at all Target stores nationwide and at Target.com, beginning Sept. 27.

Produced by Pharrell Willams and co-produced by Estefan, the album represents the artist’s return to dance music. Known as the “Queen of Latin Pop,” Estefan’s release celebrates her musical roots and embraces a new pop sound that translates into music full of life, love and energy. The Target deluxe album bonus songs, produced by Emilio Estefan, include: “On,” “Medicine,” Estefan’s version of “Let’s Get Loud,” and “WEPA” – a DJ R3hab remix featuring Pitbull. On the Target album, guests also have exclusive access to downloadable content, including the 25th anniversary remix of Estefan’s hit song “Conga 25.” 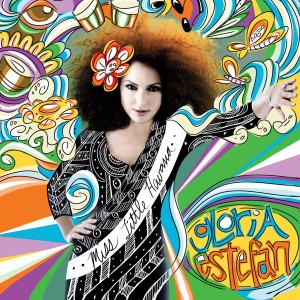 “I am so excited to partner with Target on the release of my new CD ‘Miss Little Havana,’ an album that was so much fun to make and is a return to where it all started for me … on the dance floor,” said Estefan. “There are a few extra surprises on the Target exclusive deluxe CD that I’m sure my fans will love. Working with Pharrell and Emilio on this project just felt right. My fans have been asking for a new dance record, and I hope they will enjoy the music as much as I enjoyed writing and recording it.” 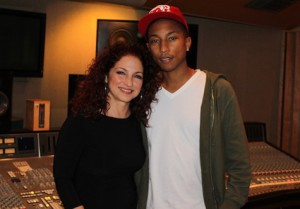 “Gloria is a pop music icon and her new album truly celebrates her talent and passion for entertaining her fans,” said John Butcher, Target’s vice president of Entertainment. “We are thrilled that Target will be the exclusive home of the deluxe album, which will no doubt initiate a dance revival.”

Estefan is one of the most notable artists in the world. Billions have heard her unmistakable voice, millions have flocked to her performances and 90 million of her albums have sold worldwide. Estefan exploded onto the pop scene in 1977 as the dynamic front woman of the groundbreaking Miami Sound Machine and later soared to solo-act superstardom, earning her title, the “Queen of Latin Pop.”