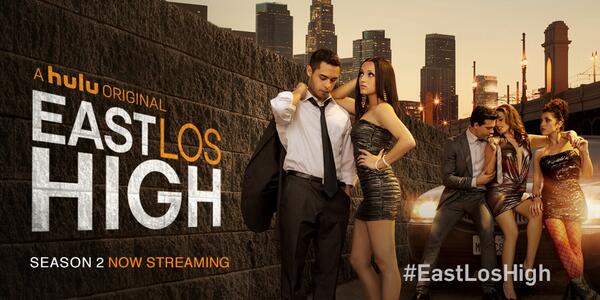 Courtesy of Fusion, Gabriela Resto-Montero tells us exactly whats up with the stereotypes on Latins on TV and how the Hulu original series, East Los High, is stopping them.
“A sexy show about high-schoolers in East L.A. who form a competitive dance crew sure sounds like a hit, but at first all that producers of East Los High heard from networks was, “No.” Executives thought no one would watch a drama with an all-Latino cast, said Mauricio Mota, an executive producer of the show along with his partner and wife Katie Elmore Mota.”
Click HERE to read more!

– and just in case you haven’t watched, here is the series promo thats going to make you want to start

If You’re a Latino Who Can’t Speak Spanish, You will Definitely Relate!