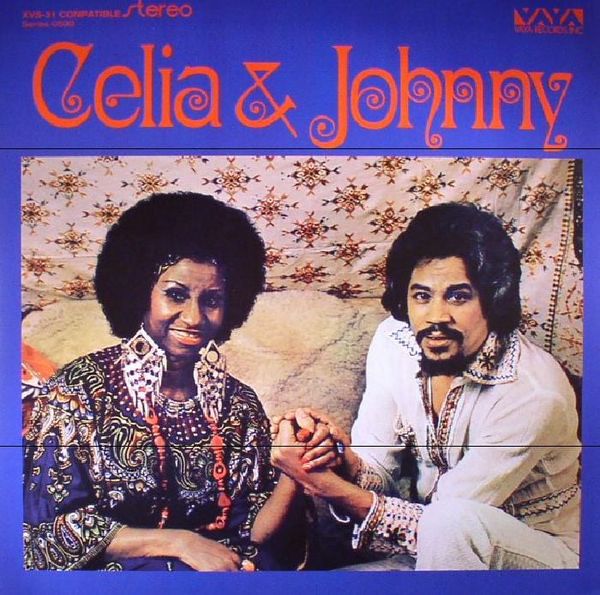 Has there ever, ever, ever? Been a cooler human being than Johnny Pacheco? I would say probably not. Johnny Cash, James Brown, I don’t know… I doubt there was ever a cooler human on earth. This Dominican genius who fell in love with Cuban Son (and Charanga and everything else under the Latin sun) could do it all, lead a band like no one else, compose, kick it on the flute, be a business man with the legendary Fania Records – and more than anything, a truly great artist – one of the greatest of the last century. If you love Latin music and culture, his fingerprint is felt on everything. And he was so non-nonchalant and cool about it! Like it was no big deal!~ Had the honor of meeting him a few times thanks toJoe Cardona and Johnny’s LEGENDARY work with the Queen Celia Cruz, but it was his own music that hit me the hardest. I remember my late and very dear friend Zen telling me, she knew i was calling from Juan De La Luz’s place cause she could hear Pacheco in the background. I am so glad Juan turned me onto his music. As a young man, I knew his stuff with Celia but not the breath of his work – the totality of it. Just a SPECTACULAR output of badass, brilliant music. It was Pacheco and the Nuyorican scene that kept traditional Cuban Son and Charanga and Guaguanco around when the rest of the world turned it’s back on it. Johnny thank you for preserving my fave music of all time. I seemed cool a second time (in my youth!) when David Byrne started to work with him – forgive me! I hadn’t yet discovered his work with his Pachanga in NYC, his work with Pete “El Conde” Rodriguez, his guidance at Fania, his own versions of Me Voy Pa Moron, Alto Songo, Acuyuye… and… i could write forever about him, just off the top of my head. I caught him live on South Beach in the early 90s, a legendary show. There are stories to it, but i’ll let the ones who were there tell it. (NOTE: this big pic above from one of Celia & Johnny’s record cover photo shoots, was taken, Celia told me in an interview, “En casa de unos Africanos en el Village”) The word LEGEND is overused, but here… for Johnny, El Maestro, it’s appropriate. Gracias Pacheco!

The Loss of Legendary Johnny Pacheco