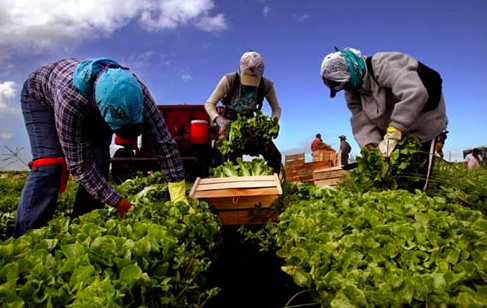 Rob Wile from Fusion writes this article about new changes being made to keep farmers safe from pesticides.

“What the commercial failed to mention was that in 2015, 64% of the people doing the actual work on U.S. farms were born in Mexico, according to the U.S. Department of Labor, with 69% speaking Spanish as their primary language.

The National Farm Worker Ministry, an advocacy group, estimates that six out of 10 U.S. farmworkers are undocumented, and that 78% are foreign born.

Each year, between 1,800 and 3,000 incidents of pesticide exposure are reported to government agencies, though the EPA says there is ‘widespread underreporting.'” READ MORE Fusion.com