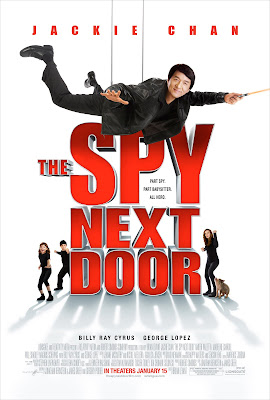 Gen n is giving away tickets to the Lionsgate’s family action comedy THE SPY NEXT DOOR for our viewers and readers in Los Angeles, New York, Miami, Houston and Chicago – there’ll be a showing on Sat morning January 9th at 10:00AM and the film stars Jackie Chan as Bob Ho, an undercover CIA superspy who decides to give up his career in espionage to settle down with his next-door neighbor and girlfriend, Gillian (Amber Valletta). But Bob has one more mission to complete before Gillian agrees to marry him: winning over her three opinionated kids.
You can check out the website here: www.thespynextdoorfilm.com/

Just drop us an email with your
Name:
Email:
Mailing Address:
Phone #:
to contest@generation-n.com
and if you’re among the first to send it in, we’ll send you tix to our screenings.
Good Luck ñ Peeps – and start emailing!