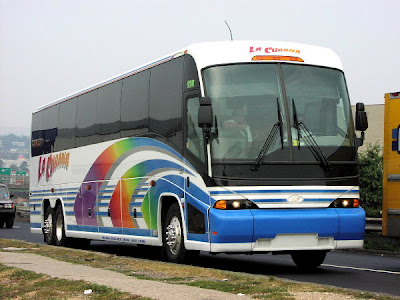 Thursday, 4:03 p.m.: After a 27-hour ride, passengers were greeted by friends and family in Miami. When the bus line was founded in 1978, its ridership was entirely Cuban. But as the Latino population on the East Coast became more diverse, so did La Cubana’s clientele: More than half of the passengers on this trip were not from Cuba but from elsewhere in Latin America, including Puerto Rico, the Dominican Republic, Colombia, Ecuador and Chile. – Kirk Semple in this Sunday’s Times.

The NY Times has a great piece on La Cubana by Kirk Semple – about the Busline that’s been ferrying Cubans and Latinos from NY to Miami and Back for 30 years.
Wonderful pics by Béatrice de Géa. The pic on this page isn’t by her.

How the Miami Dolphins did that on Sunday… The Wildcat Offense