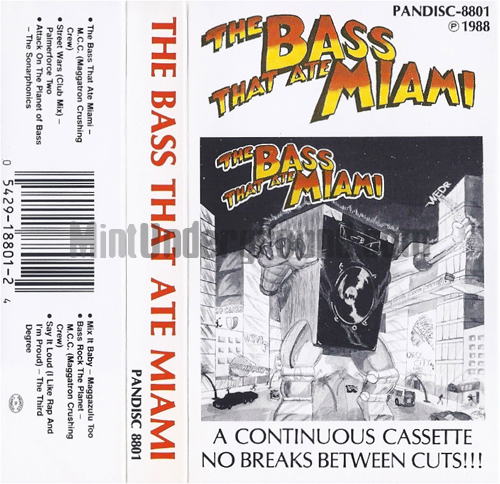 Spectacular Scribe Kat Bein is quickly becoming our fave new times writer, first the 305 Pokemon Go odyssey featuring toot snortin’ , hipster, chongita creatures, (that shit was genius right there) and now an ode to the things that make the booty bounce. It is an undeniable list. I put it’s veracity up against those Rolling Stone mags best singles of all time that feature Billy Joel or whatever blah blah list-o-the month thing they keep doing , any day of the week.
Stopping to name check the greatness that is Space Jam and also tip the hat to non-305 acts – “New York-grown B-Rock and the Bizz’s “My Baby Daddy” and Georgia-based Duice’s “Dazzey Duks” are unforgettable classics”, (anyone that doesn’t think My Baby Daddy’s lyrics are tight as heck, i will fight right now) – As a bass connoisseur i can’t argue with any of these choices, but i have a strong feeling Kat is younger than me, so i point her in the direction to some late 80s bass that though not quite forgotten, will be a welcome addition to any playlist and get the party live as hell. Those two alt selections could be argued for inclusion as number 11 and 12 are “The Dating Game” – by Gucci Crew 2 and My Part of Town by Tuff Crew (from Philly i think) a track that was , in 88 or so, the go-to jam in the 305. Onward to the dopeness that is Kat’s list.