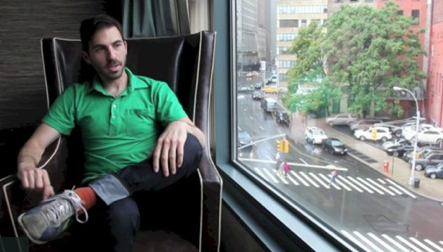 An interview with Filmmaker, Writer and Blogger Jonathan Hertzberg about his video series Dirty Old New York AKA Fun City.

At gen ñ, we’re big fans of Jonathan’s exhaustive, insightful and thoughtful work detailing the sights and sounds of New York City in Motion Pictures during the era of Mayors John Lindsey and Ed Koch. In the interview Jonathan talks about the way these films catalog and preserve a long gone NYC almost by accident, and the artful and subtle connecting threads that he weaves together create a shared space where Tony Manero sits across the subway bench from The Warriors while Lee Quinones watches the buildings go by, or move from film to film creating connections that deftly tie Dustin Hoffman to the New York City streets. This is a Cinephiles ode to a long gone New York, but it’s also more than that.

For mas Jon – you can read his wonderful film blog HERE.
I’ve gotten to be friends with Jonanthan after meeting him on another project – I was pleased i had the opportunity to interview him ‘officially’. We shot this in NYC last summer.
(I used the song Black Eyed Susan by Podington Bear)
– Bill Teck

The Pirate Fairy is out on DVD!

The Falcon on Gen N..